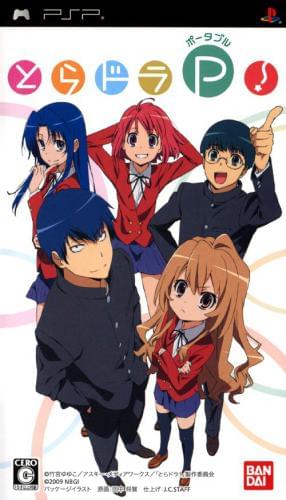 Toradora Portable! is a Visual Novel game published by Bandai Namco Games released on April 30, 2009 for the PlayStation Portable. The English patched version of the PSP game is made by verdelish and Chronoes.

Toradora Portable! is a spin-off PSP game based on the popular anime Toradora!, which is in turn an adaptation of the original light novel. Story starts off with Ryuji (the main character) having an amnesia and forgets who he is. This way his relationship with all other characters are reset, and he can choose which girl he wants to go with, creating a typical harem setting. The gameplay will be pretty similar to a typical visual novel, i.e. interacting with characters and making choices. The game will also have a 3D map for Ryuji to roam around to find characters or to trigger events. The game will also feature the TORA system (Technical Operated Real Animation), where there’s Taiga for you to interact with (this is also mentioned on Danny Choo). That’s pretty much the same as the S.O.S. system on PSP game Suzumiya Haruhi no Yakusoku (The Promise of Haruhi Suzumiya) from the same company. 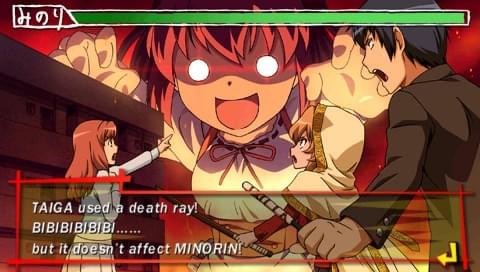 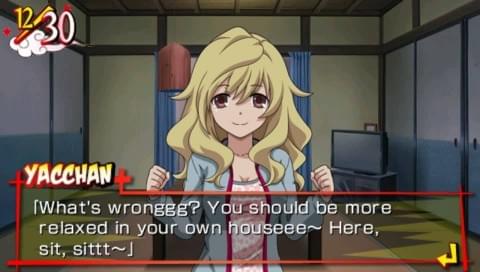 The game is fully translated by a fan made patch created by http://toradora.xyz.is/