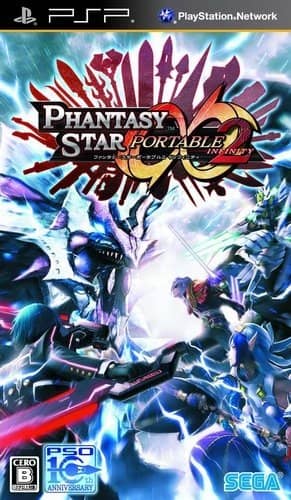 Phantasy Star Portable 2 Infinity is an Action RPG game published by SEGA released on February 24, 2011 for the PlayStation Portable. The English patched version of the PSP game is made by Weyu.

Phantasy Star Portable 2 takes place three years after the events of the previous game. The humans, have now defeated and sealed off the SEED. However, because material resources in the Gurhal galaxy have been depleted, the Gurhalians plan to migrate using technology based on “sub-space sailing theory”.

For info on how to use the Extra missions DLC read the PDF included with the game.

The main additions to Infinity were: