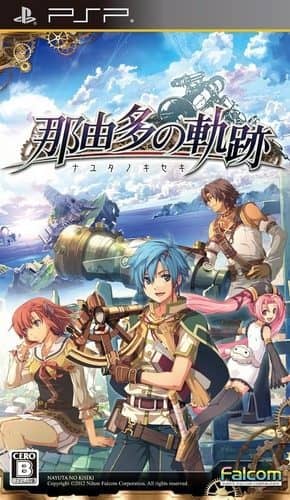 Nayuta no Kiseki is an Action RPG game published by Falcom released on July 26, 2012 for the PlayStation Portable. The English patched version of the PSP game is released by flame1234.

Falcom takes their players to a new world. Nayuta is in a lot of ways a new start for the company. Instead of implementing it with the command base battle system, the game is an action RPG that places extra emphasis on story telling. Gamers control the sword wielding Nayuta and the spell casting Noi, thus making the pace of battles faster.

The story takes place in the seas of Siencia, where ruins crashes down from the skies. Gamers can feel the seasons turn as the dungeons change, the scenery adopts a different colour and different foes appear. The game also becomes more visceral by pulling the gamers closer through the horizontal view. 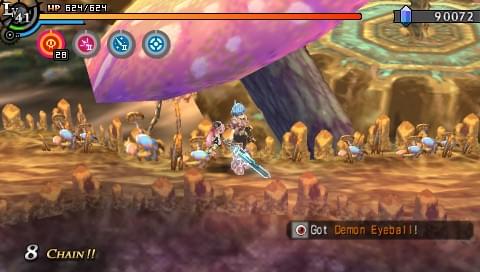 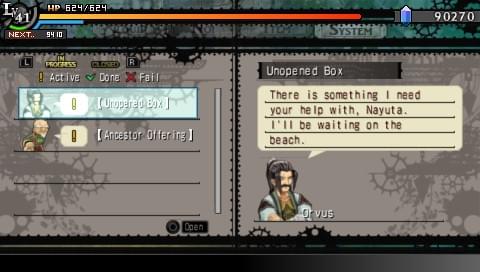 New ‘EDIT’ version added. This is a complete re-written of the game script made by a different person. For comparison check these images.

This is an attempt at editing a previous translation of the game to use a more consistent and understandable level of English.