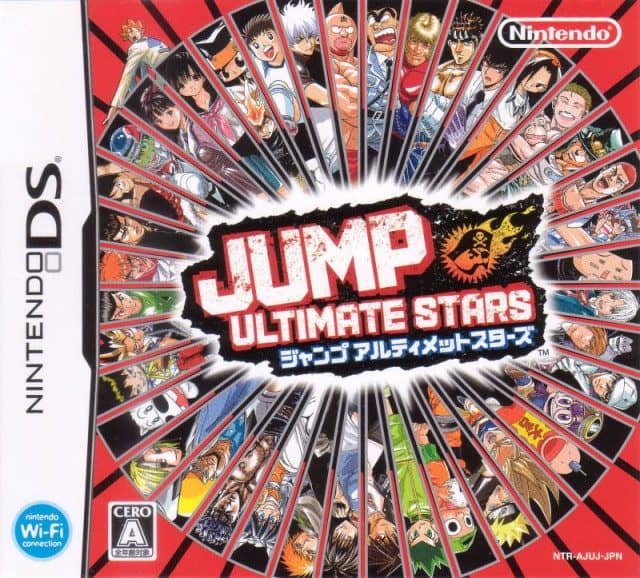 Jump! Ultimate Stars is a Fighting game published by Nintendo released on November 23, 2006 for the Nintendo DS. The English patched version of the DS game is made by JUS Translation.

Jump Ultimate Stars is the sequel to one of the best selling games of 2005, Jump Super Stars. It is the second collaboration between Nintendo of Japan and Jump magazine, this time incorporating 300 characters from 40 Shonen Jump properties. The “Koma” battle system will still be used in this sequel with the original 4-by-5 grid and touch screen support. However a number of improvements have been made, including calling support characters into battle via L/R button, without using the touchpad. Characters can now cling on to ledges when falling adjacent to them and some of the stages include areas that can be reached by destroying walls, even the floor and ceiling. As another major improvement, Jump Ultimate Stars now supports Wi-Fi battles, which allows gamers all around the world to combat against each other. 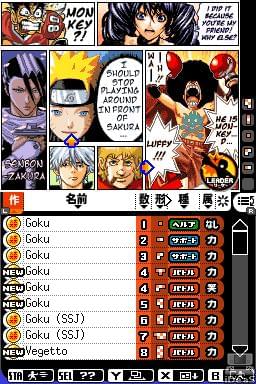 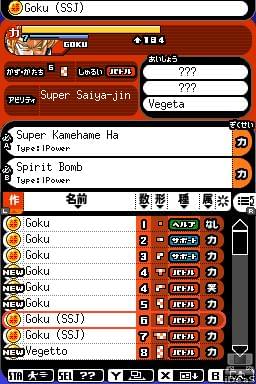